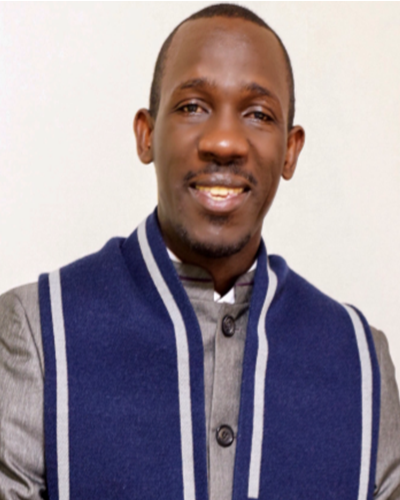 In 2012, the Institute of Computer Science (ICS) of Mbarara University of Science and Technology (MUST) established a partnership with Massachusetts Institute of Technology (MIT) with a goal to foster global collaboration to solve real-world problems and facilitate the opportunity to showcase exciting innovative projects around the world.
Every year close to 50 students complete an onsite coupled with online and comprehensive course in designing, managing, monitoring and evaluating Health information systems for the developing world.

The course is internationally known as “Global health informatics to improve quality of care”. It focuses on innovations in information systems to accelerate improvements of health outcomes in developing countries. The course focuses not only on technology and mHealth as it applies to global health, but also on broader issues necessary for the successful deployment of information systems such as quality of care, disease burden, and project management. It is a collaborative offering from Sana, MIT, Partners in Health, Harvard School of Public Health, Harvard Medical School, and a network of international partner academic institutions located around the globe. The course is designed with two core components that are mutually related: 1) Lectures featuring international speakers who are recognized experts in the field, and 2) Collaborative project development to tackle a real world global health problem.

In 2015, the iteration for the course commenced on 6th February and it runs every Friday at Mbarara University of Science and Technology in Computer Lab 4 from 4:00PM to 6:00PM. Previous courses can be viewed at http://sana.mit.edu/media/ https://www.facebook.com/MUSTSANA
Contact:
Mr. Richard Kimera, rkimera@must.ac.ug
Dr. Fred Kaggwa, kaggwa_fred@must.ac.ug
Mr. Rogers Mwavu, rmwavu@must.ac.ug

Vitals are key signs in medical diagnosis especially for diseases like hypertension, diabetes, malaria and HIV/AIDS, whose prescription is based on a series of vital readings. Vitals are diagnosed using medical equipment such as sphygmomanometer, stethoscope and thermometers. These medical tools are owned and used by the scarce medical specialists, hard to access, costly and not easily maintainable. Many patients have to travel long distances and incur costs going for follow-ups at hospital of which they can do from their homes if they had means to do it. Most people have lost their lives because of not having vital information so that they would get treatment early before their health condition worsens.  It therefore calls for an intervention, we propose the use of a Mobile based application for testing vital information. It will help to measure, capture, store and retrieve vitals. Evolutionary Prototyping will be the methodology used, an initial prototype will be refined to the final project. We anticipate that the Application will solve delays in diagnosing patients’ and also empower patients to own their information; this will quicken the process of referrals, and follow up visits.

People both young and old have developed addictive behaviors which they have kept secret until it has reached the bad stages of affecting their lives and the lives of those around them. Medical research has proven that it is hard to help people deal with curbing and finally stopping their addictive behavior reason being that the effort that matters is on the patients’ side. Studies have also shown that addictive behavior has increased and can range from substance abuse to online activity. It is however clear that many people have various addictive behaviors that they don’t let others know about and this is why the problem is usually left not tackled until either the affected person solves it singly or is left with no option other than seek help when it’s really late.

3. Monitoring and Limiting the Spread of HIV in Universities

The AIDS pandemic has emerged as one of the most highly frustrating episode especially among the elite circles. The existence of AIDS in all social environments including Universities cannot be shunned. Many university students have fallen prey to the ruthless fangs of this scourge and more are still vulnerable. The University’s environment presents an ideal atmosphere in which people from all walks of life interact with one another and this can predispose them to AIDS. However, monitoring the infected and none infected individuals as well as limiting the spread of HIV/AIDS among the non-infected individuals is still a challenge. Many individuals are still ignorant about HIV/AIDS issues and not aware of their status. On the other hand, those who know their status have not boldly shown up to declare making it difficult to know them, their life styles, their nutrition demands and their medication trends as prescribed by the medical personnel or any other infections that may arise as a result of hygiene. This main aim of this project is to design a mobile based application to help in monitoring and controlling the spread of HIV\AIDS amongst university students.

Half a million women lose their lives every year because of pregnancy related complications. Obstructed labour and ruptured uterus contributes up to 70% of maternal mortality. Early detection of abnormal progress and prevention of prolonged labour can significantly reduce maternal mortality rate. Tools and techniques to monitor labour have been developed to play an important role in saving women’s lives. One of these tools is the WHO partograph which is recommended to be used by health attendants during labour. However, the partograph has not been fully put to use, not because it is inefficient but because it is time consuming to fill in and to follow.  Research findings of this study revealed that most doctors do not even use the partograph at all. We therefore suggest an automated partograph in form of a mobile application so that data input is made easier and output is automatic.The major aim of the study is to develop a mobile application to support labour monitoring and data recording in the maternity ward at the Mbarara Regional Referral hospital found in South-western Uganda. The application will be used by maternity labour supervisors to record labour progress, detect labour inconsistences and record deliveries. This will help in labour monitoring; avert prolonged and obstructed labour, which is one of the leading causes of maternal, new-born mortality and serious maternal morbidities, such as obstetric fistula. The application will also keep mother and child records at birth for future reference. It is expected that this study will create awareness of the problem at hand and inspire more and better interventions towards solving the problem. The application will ease the work of health attendants especially midwives while working with the partograph as recommended by WHO. It will reduce both maternal and child mortality rate resulting from labour complications especially in sub-Saharan Africa.

Failure to monitor ones’ ovulation cycle has led to increased unwanted Pregnancies among adolescents of reproductive age: between 15-19 years. This has resulted in increased unwanted pregnancies, abortions, Maternal and neonatal Morbidity and Mortality, Undesirably high Population growth, Family stress and Economic problems among others.About 16 million adolescent girls give birth every year. Of these, 3 million girls aged 15-19 undergo unsafe abortions every year. In Uganda, we see a 25-percent pregnancy rate among adolescents in a population of 30 million people (highest rates of adolescent pregnancy in Sub-Saharan Africa).Despite the many Family planning methods available on market, many adolescents still become pregnant and face challenges of unwanted pregnancies. Family planning methods are cumbersome, thus the need to develop an ovulation digital monitoring device to monitor the ovulation cycle.It’s in reference to this call and existing public health impact that an ovulation guide (OvuGuide) will be developed as a new family planning tool targeting the adolescents. The application will be developed and programmed to monitor the ovulation cycle of the female adolescents. Our major target populations are the female adolescents because of the high rate of unwanted pregnancy among them compared to other age groups.

While at the national level Uganda currently produces sufficient food to meet the needs of its rapidly growing population,  the  proportion  of  Ugandans  unable  to  access  adequate  calories decreased from 23percent in 1997 to 15 percent in 2006. The persistent high rates of malnutrition in  Uganda  also  attest  tothis  reality:  38  percent  of children  under  5  suffer  from  chronic malnutrition (stunting), 16 percent fromunderweight and 6 percent from acute malnutrition. Adequate  nutrition  is  an  essential  prerequisite  for  maintaining  health  status.  The  critical  role nutritionplays in health and development warrants greater commitment to investment in nutrition in Uganda.  Malnutrition  plays  a  major  role  in  child  morbidity  and  mortality:  Wasting  and  underweight havebeen shown to significantly increase the risk of both morbidity and mortality in children. Deficiencies  ofmic ronutrients  such  as  vitamin  A  and  iron  also  carry  an  increased  risk  of morbidity and mortality inchildren.
Networked digital devices such as mobile phones, personal digital assistants (PDAs), tablets and laptops  are increasingly  being  used  for  improving  t he  efficiency  and  effectiveness  of  data collection,  as  these  technologies  allow  single- point  digitization  and  efficient  aggregation  of data.Several initiatives in the past two decades have used PDAs for primary data collection in the developing world [1,  2, 3 ,4]. However, even though the cost of smartphones is rapidly falling, they remain too expensive for many applications. There is an opportunity to use these low-cost phones for data collection in the field where resources are most acutely constrained.

Being a teenager today is a whole lot of work, you have to figure out everything by yourself since the parents are too busy and some are shy to talk to their children about sex education and provide information about adolescence and life challenges. Amid rising concern about the hazards of teenage sex, health and school leaders are calling for an expanded effort to teach  sex  education  in  the  schools  through  comprehensive  sex education.  Lack  of  this information has led to increased unwanted pregnancies, abortions, personal stress, being a loner,  low  self-esteem,  hiding  serious  health  problems.
Our  project  will  be  a  web application  where  teenagers  can  interact  with  different  people  like  Medical  personals, teachers, and  parents and  with  fellow  teenagers.  The  application  provides  an  interactive platform better than the available sources for sex education like straight talk and other sites that are always looked at as pornography sites. With our project, teenagers’ health risks will be reduced, prevent sexual abuse, build self-esteem due the interaction with different people, promote respect  for all kinds of  families, and make little boys more responsible and little girls more assertive.

The growth rate of waste in Kakoba Division over the last 20 years has exceeded that of other divisions, in fact it is projected that Kakoba Division would produce twice as much waste as Mbarara Municipality 2020, with millions tons of waste generated in urban areas alone yearly .

To reduce the effect of waste production on the environment, health, and quality of life (as they are all interconnected), different forms of waste management were proposed, the ideal one was mobile application (Mr. Clean) and using Google maps monitoring of homestead waste using . This paper explains what waste management is and also suggests an appropriate method that can be used to manage waste easily.