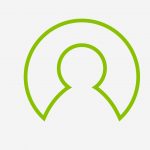 Software Engineering is the systematic development and application of techniques which lead to the creation of correct and reliable computer software. To achieve that, you need a wide understanding of the general principles which underpin not only computer software but also computer hardware and computer communications. As our daily lives become more dependent on computer systems, it is vital that such systems are error-free and totally reliable. This reliability is particularly important when computers are used in safety-critical situations such as hospitals, or controlling aircraft or industrial plants. Software Engineering focuses on challenging problems in industry and commerce concerned with software development and reliability. Concern for software reliability, correctness, safety and cost, are the hallmark of Software Engineering. The principles and knowledge of computer science, engineering, and mathematical analysis are employed by computer software engineers for designing, developing, testing, and evaluating the software and the systems that computers use to carry out various applications.